Snowdonia was the first region in Wales to be granted National Park status in 1951, and offers some of the most breathtaking mountain scenery in the UK. With its reputation for rocky outcrops, knife shaped ridges, sheer cliffs and bowl shaped cwms, Snowdonia is packed with glacial features of interest to geologists as well as the outdoor enthusiast.

A large proportion of the public focus their attention on the mountain of Snowdon itself. Particularly popular due to its status as the highest peak in Wales (higher than anything in England), Snowdon has a number of well made up paths working their way to the summit:

Snowdon is undoubtedly an inspiring mountain but, due to its popularity, can get rather crowded. Thankfully, Snowdonia has a lot more to offer. With a total of 15 peaks that top out over the magical height of 3000 ft, there is plenty of choice for those looking to get up high. Three of these peaks are on the Snowdon massif, five on the Glyderau immediately to the north, and the remaining seven on the Carneddau north of the A5.

Many walkers are drawn to the challenge of the Welsh 3000s (or 15 Peaks), which involves standing on the summit of all 15 tops in the space of 24 hours using no transport other than your own two feet. This demands a high level of fitness and navigational skills, and some careful planning, but is certainly within the reach of most experienced walkers with the determination to see it through to the end. 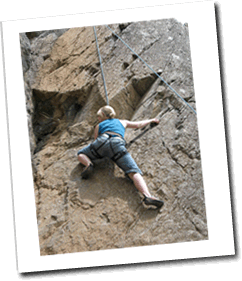 But it’s not just walkers that find themselves spoilt for choice in Snowdonia. It is also home to some of the best and most varied rock climbing to be found and is renowned around the world. Consequently, the area is often teeming with climbers looking to pit themselves against the rock.

From high rocky mountains, to steep grassy slopes, to rolling green countryside, Snowdonia has something for all those looking to explore this magical place.