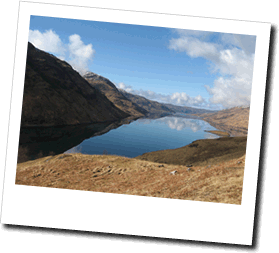 Most of us have ventured outside for a spot of hill walking at some point or another. There’s something appealing about getting away from civilisation and spending time in the remoteness offered by the wilder areas of the countryside.

The rewards to be had from walking in our native hills are numerous and varied. Whether it’s stunning scenery, learning more about yourself or others, improving skills or simply getting away from it all, there’s something for everyone.

Most of our hill walking is done around the Shropshire Hills, North Wales and Snowdonia, but we also like to venture into the Lake District, Peak District and the Highlands of Scotland.

From our base in North Shropshire, we have access to a range of different hillwalking areas which offer different types of environment. As a result, we have options from which to select the one which best caters for the needs of each course.

The Shropshire Hills is a designated AONB (Area of Outstanding Natural Beauty), which offers a fantastic area in which to introduce people to hill walking. Beautiful hills and valleys (or 'batch' in local speak), spread over a wide area but criss-crossed with roads and tracks, provides the opportunity to get into proper hill territory without the need for remoteness. No wonder it's been such a popular area for walkers over recent years.

The Berwyns are just across the border into North Wales, and offer a more remote feel. Without the roads cutting through the hills, you have to work a bit harder to get get to the tops, but get a greater sense of solitude and freedom for your efforts. However, this is still very much hill territory, without some of the dangers that tend to be associated with mountains.

For those that are looking to push themselves that bit more, we are in easy striking distance of the mountains of the Snowdonia National Park. Many people tend to stick to the popular Mount Snowdon itself (perhaps because of it's railway and cafe at the top), but Snowdonia has so much more to offer. From the narrow ridges and wide paths of Snowdon, to the rocky range of the Glyderau and the rolling plateau of the Carneddau, there really is something for everyone that likes to get into the mountains.