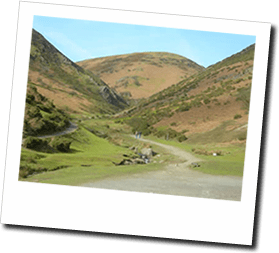 The Shropshire Hills have been admired for many years, and was one of the first areas to be designated as an Area of Outstanding Natural Beauty (AONB) in 1958. The Shropshire Hills AONB covers an area of some 802 square kilometers, extending from the Wrekin to the Clun Forest and from the Stiperstones across to the Clee Hills. Significant areas are managed by the National Trust and Natural England, who look to strike a balance between conservation, agriculture and visitor enjoyment.

For the outdoor enthusiast, the Shropshire Hills provide a particularly beautiful environment in which to enjoy the glory of the landscape alongside outdoor activities themselves. With a large area of countryside to explore, there is ample variety when it comes to hill walking, navigation practice and mountain biking. The area also boasts a number of campsites, and more luxurious accommodation, enabling the explorer to enjoy a more prolonged stay through either operating from a ‘base camp’ or embarking on an expedition. Consequently, the area is ideally suited to Duke of Edinburgh Award expeditions, whether it be for training, practice expeditions or assessed ventures.

At 220 miles in length, The River Severn is the longest river in Great Britain. Starting at an altitude of just over 2000 feet in mid Wales, it flows through Shropshire before working it’s way towards the Bristol Channel and the Irish Sea. 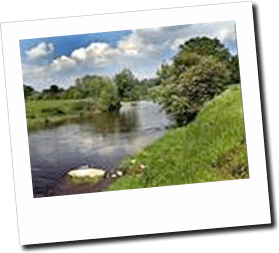 Throughout much of its length, the River Severn remains a natural waterway, wild and unspoilt. Dippers, Little Ringed Plovers, Herons, Swans, Kingfishers, Dragonfles, Dameselflies and Otters are examples of the wildlife dependent on the river. It contains nearly every native species of freshwater fish in the British Isles, including Salmon, Trout, Eels, and coarse fish, together with rare Twite and Allis Shad.

Of particular interest to the outdoor enthusiast, is the fact that the River Severn has a public right of navigation for 115 miles of its length from Pool Quay (just downstream from Welshpool) to Stourport. However, as the river is too small for large craft through Shropshire, it makes the Severn an ideal river to explore in smaller boats such as canoes and kayaks.

It is the unspoilt state of the River Severn that gives the paddler some of the best journeying river to be found in Britain. The few towns along its course do not intrude and the lack of riverside properties in the upper sections give a ‘wilderness’ feeling which is not easy to achieve in modern day Britain.